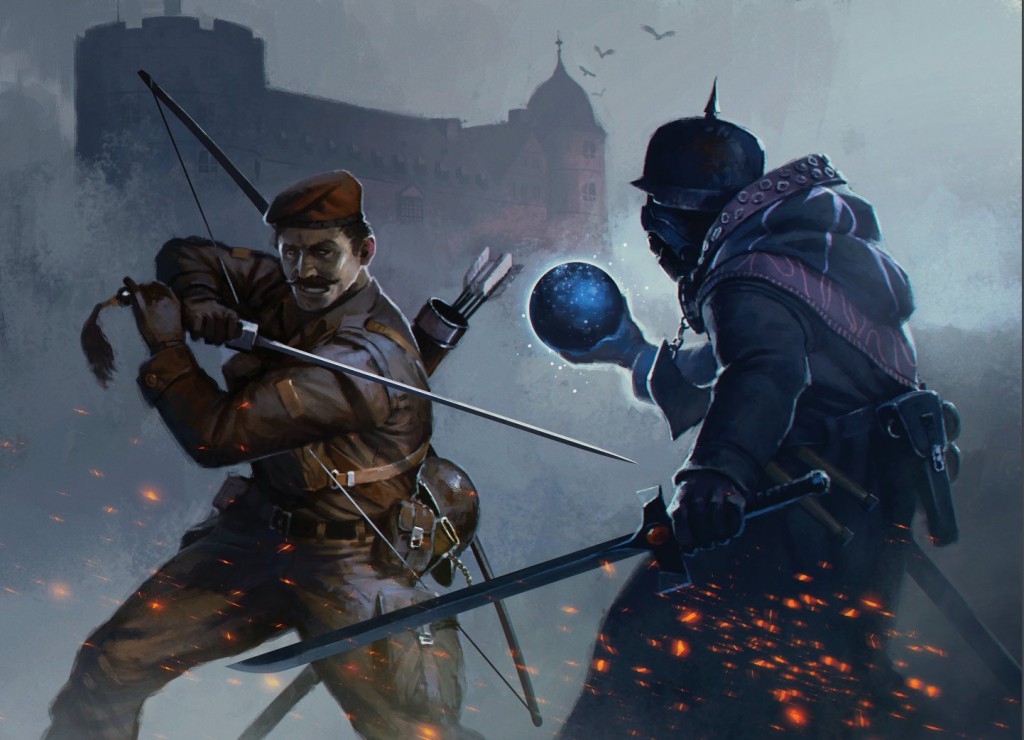 Bless me Father, it’s been months since my last confess…. I mean blog post. Time has indeed not so much flown as soared, but it’s been a productive period, although not strictly in a fictional sense.

Well, I say that, but I’ve managed to crank out a new short sci-fi story Tolerance, for a collection by the estimable Jason Brick, with a brief that ran along the lines of “Dumbfucks in Danger.” It’s a bit of a departure from the day to day, but good to stretch yourself in a writerly way and I actually quite enjoyed working through it, truth to be told. No word on a release date yet, but more updates on that one, as I have them.

Elsewhere, I’ve been working on a big background storyline for the new Achtung! Cthulhu Skirmish game, entitled the Forest of Fear. It’s a millennia long backstory which leads from the dawn of pre-history all the way up to December 1943 and the pre-cursor of the Ardennes offensive (better known as the Battle of the Bulge) encompassing everything from Elder Things, Celtic mythology, perverted monks, hidden gods and even new breeds of super shoggoth. It’s been quite an undertaking but if that summary hasn’t sold you, I don’t know what will.

As part of the same project I’ve been concocting a bio and backstory for one of the Allied heroes of Achtung! Cthulhu, ‘Mad Jack’ McMasters. He is loosely based on the incredible exploits of Mad Jack Churchill, a real life Allied soldier who played the pipes, wore a Scottish broadsword into battle, damned the Yanks because he wanted the war to last another 10 years and is also credited with the last known longbow kill in recorded history(!).  In his case truth is definitely much stranger than fiction.

Elsewhere I’m also gear up for the launch of Before the Flood a brand new Seraph novel set in a post-apocalyptic near future flooded Britain, beset by strange undersea invaders and there’s also the small matter of the Cricket Dictionary’s first full English summer season…

Don’t make promises you can’t keep is a solid motto, so I’ll just say I’m going to try and tidy up the site and release a few short stories on it which have just been lurking in the back ground.

“Three Hail Mary’s and a total ban on impure thoughts?”

Hm, don’t think I can manage the last one, but for the rest? Got off lightly